The official video to accompany the single has now been released and you can watch it in full below:

The video was released on Friday (18 December) and has so far racked up over 11,000 views. The single has been streamed over 25,000 times on Spotify alone and reached number 1 in the Amazon kids charts and peaked at 63 in the main UK pop charts.

The single is all in aid of raising money for the charity Hope Against Cancer, so if you would like to donate you can do so here: https://www.justgiving.com/fundraising/santasonhiswayforhope

You can now stream, download and buy ‘It’s Christmas (Santa’s On His Way)’ here: http://hyperurl.co/414hgd

You can also donate directly to the Hope Against Cancer Christmas Charity Single fund here: https://www.justgiving.com/fundraising/santasonhiswayforhope

The single – ‘It’s Christmas (Santa’s On His Way)’ – will be released on 2 December 2020 on all streaming and social media platforms.

If you can’t wait that long, you can hear a preview of the song below:

Born out of an idea that Tommy Reid, an Account Executive at BHIB, had with Tracey Hallam, Corporate & Events Fundraiser from Hope Against Cancer, the single will help raise much-needed money for this amazing charity.

Hope Against Cancer carries out vital research that makes a positive difference for cancer patients in Leicestershire. However, due to the ongoing coronavirus pandemic the charity’s fundraising efforts have been severely hampered this year.

Tommy and fellow BHIB colleague Sam Halden worked to pull the project together in order to write, arrange and record a catchy Christmas song. Tommy got in touch with songwriters Martin Stack and Mark Gamble via Capp Records Inc, who wrote the original instrumental. He then reached out to Leicester native, R&B singer Mark Morrison – best known for his 1996 hit single ‘Return of The Mack’. Mark generously offered to provide time in his Leicester studio to record the single and produced the song himself.

From the business club where they all network together, Tommy brought in a number of influential members of the Leicester business community to support the project. As a result, performers on the single include:

The below artwork was also created by Paul Rowlett of local Leicester business Everythingbranded.co.uk. 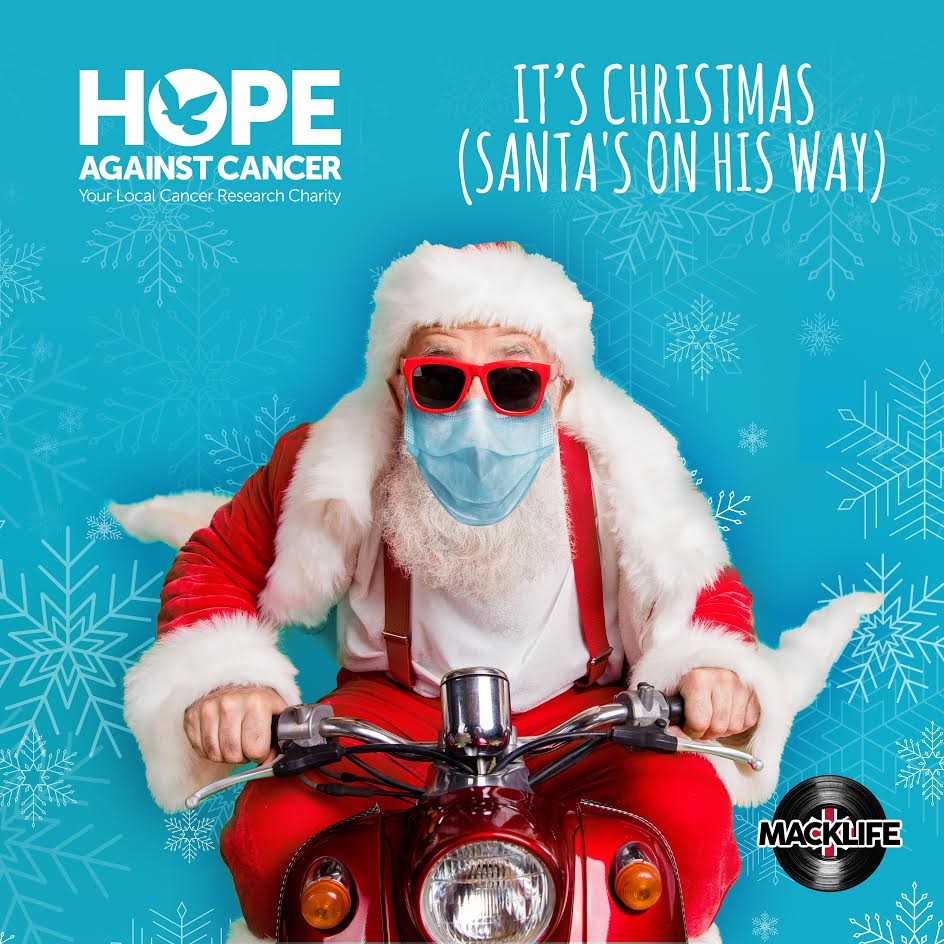 Speaking about the creation of the single, Tommy said:

“I called on a network of business owners to come together to try and add some fun and joy in what has been a very challenging year.

“They all gave up their busy time to record and will give more time for the video. I approached Mark Morrison and his new Macklife Studio team to help record it and they went over and above in supporting us.

“We were supplied with a highly experienced vocal producer which was definitely needed! We believe this song is fun, relevant and would love to get it exposure to help raise more money for our beloved HOPE Against Cancer”

“It’s an extremely fun, relevant and smile-spreading song that gives joy to all the children this year for Christmas, when there is lots of worry and concern in the world as everyday people are feeling a little anxious and scared right now”.

As we all know, Christmas this year will be different to any other we have ever experienced. Restrictions due to the Covid 19 pandemic are going to make it difficult for families to see each other and spend time together. So Tommy wrote lyrics for the single about hope at Christmas and to let all the kids know that if they’re good, Santa will still be on his way!

Please do your bit to help this fantastic Christmas single get up the charts and raise some money for Hope Against Cancer.

(And don’t forget to listen out for the single on the radio!)