A catalytic converter is used to help reduce vehicle pollution by controlling and converting the exhaust emissions from your vehicle into less toxic substances. They are usually made of up two ceramic blocks which are coated with precious metals like platinum, palladium and rhodium – which is what makes them attractive to thieves.

The current epidemic of thefts has been focused mainly on older hybrid vehicles as these contain a lot more of the precious metals than newer models, with Toyota Prius’ and Auris’ being targeted the most. 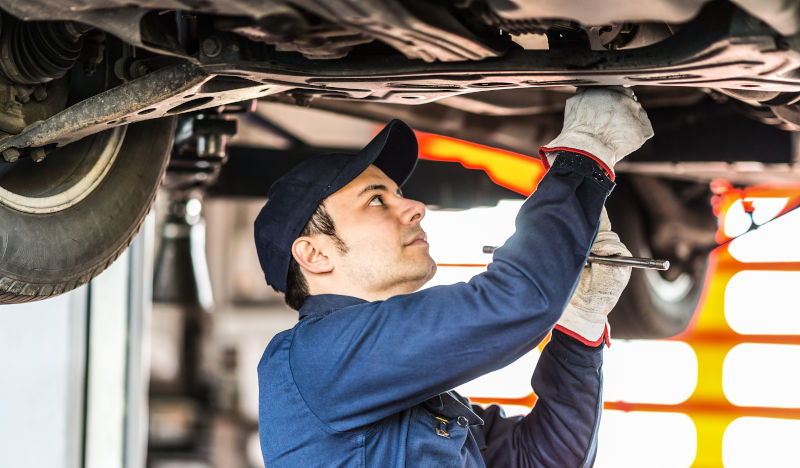 Catalytic converters are more effective when they are hot, as the heat is used to cause the chemical reaction that breaks down toxic gases and converts them into carbon dioxide and water vapour. This means car manufacturers tend to place them underneath the car close to the engine – which makes them an easy target.

Thieves can steal a catalytic converter from beneath a car in a matter of minutes, and it is not uncommon for them to return after a new one has been fitted.

The soaring value of the metals used in catalytic converters – particularly palladium and rhodium – is the main factor behind the growing theft epidemic. In 2008, palladium was worth around $180 (£135) per ounce – now it is worth over $2,350 per ounce.

Last week the price of rhodium climbed to over $10,000 per ounce, which is roughly six times the price of gold. That represents a fourfold increase in value over the past 12 months. Some owners of older hybrid cars have been told that the metal stripped from their catalytic converters is actually worth more than the car itself.

“Following an explosion of claims for theft of Catalytic Converters in the period between 2010-2012 due to the price of Rhodium and Palladium, we have seen levels of these claims dropping due to the implementation of the Scrap Metal Dealers Act 2013 which meant dealers had to run checks on where the metals had come from.

“It appears that thieves are now exploiting a loophole in this law and in the period 2018-2019 insurance claims for thefts have increased by 600% with the average cost being in the region of £1,000. We would urge our clients to take preventative measures wherever possible in order to deter thieves as much as possible.”

Below we have listed some tips and advice to better protect your vehicle from catalytic converter thieves:

Below is a list of websites that feature and recommend products that could help protect your vehicles from catalytic converter theft: